Hailing from Dublin, singer-songwriter Adam Fleming’s music spans multiple genres including folk-pop, lo-fi, melodic and psychedelic. 2019 saw the release of his outstanding track “Victory” and after many months spent perfecting the material, he is back with “Calling The Ghost To Life”, his debut solo EP. His influences on the EP include Elliot Smith, Bert Jansch and The Beta Band and he says “It will go very well with dark, cold winter evenings”.

From the wonderful “Victory” to the heartfelt “Another Mind”, the almost jazzy tempo of “Old” and the vintage quality of “Time Passing By”, Adam really proves himself both as a musician and a wordsmith. Adam’s vocals are soft-spoken but make a big impact on the listener, which, coupled with his skillful finger-picking guitar technique, makes for a very memorable debut.

“Calling The Ghost To Life” is out now 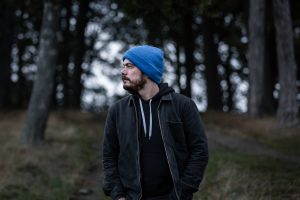