What was the first album/single that you ever bought?

First album I ever bought was a Beatles compilation with Paperback Writer and Day Tripper on it. I remember spending hours in HMV deciding what to spend my precious pocket money on.

What is your earliest musical memory?

My granny playing old rag time music on the piano!

Is there a particular song/band/singer that made you want to be a musician?

I fell in love with Nina Simone and Billie Holiday once I heard them for the first time. I was totally hooked. Nick Drake’s Pink Moon had a massive impact on me too. 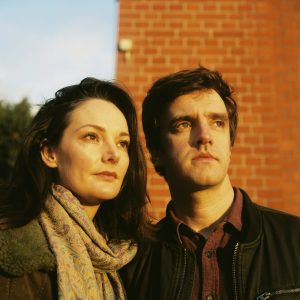 What song instantly reminds you of a particular person?

There’s an old song about a guy who goes around fixing umberellas. I don’t know what it’s called. Maybe ‘Any Umberella’s’?! Anyways it instantly reminds me of my Granny Mae as she used to play it and it always made me laugh because it had the word ‘thingamajig’ in it!

Is there a song whose lyrics resonate with you and why so?

The band/musician that you grew up listening to?

This changed alot… I would obsess over an album or artist and then onto the next. Off the top of my head….Dire straits – Whigfield – 2 Unlimited – Carl Orff – Nina Simone – David Gray – The Stone Roses – Red Hot Chili Peppers – Nick Drake – Air – Feist – Karen Dalton.

What song do you wish that you had written and why?

Grizzly Bear ‘On a neck, On a spit’. Sublime. Love the changes and feeling.

What song transports you back in time and why?

A song that my Dad and his family would sing when we got together. I think it’s about the first finicular or cable car! Great melody. Brings me straight back 20 years!

Which song makes you happy when you hear it?

Same as above! Or ‘It’s Amore’ for the same reason.

Which song makes you sad when you hear it?

Carl Orff’s Carmina Burana – the heft of it gets me every time. Or any Debussy or John Field.

What was the first gig you went to?

It was the Hot House Flowers in Whelans with all my brothers. They blew the roof off and it was incredible.

What was the first song that you ever performed?

I sang a song at my first communion when I was 6!